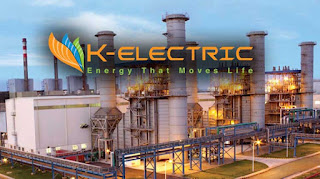 Nowadays, Karachi  Electric KE  is doing good to consumers, in slums the load shedding has been reduced down which was 7 & half hours in 24 hours and now is just 2 hours. Especially, children and women who usually stay at homes are being happy because of availability of electricity, therefore, need for hand fans and generators is no more and sweating problem has said bye!

On the other hand, bills are very high which cause consumers anxiety and stress, my home has only 3 fans, fridge, computer, 5 energy savers, washing machine and water motor, but bill for the month of May 2018 is higher than PKR 5100/= whereas my neighbors have air conditioners and 100W bulbs fan, washing machine and water motor, but their bill is less than PKR 2000/=.

It is reported that some technicians and electricians are scamming which K-E must be acquainted with and give them punishment, they change some functions in meters and then meters run show, by which they save money illegally on their billings.

Now in Karachi Kunda System (stealing electricity thru hooking wire on the main line) has almost been finished, but people of our city have a big negative mind to steal electricity.

Pakistan Muslim League Nawaz’s (PML-N) promise about wiping out load shedding from Pakistan turned out to be a fake promise and let’s see who will do well after winning general election of 2018.